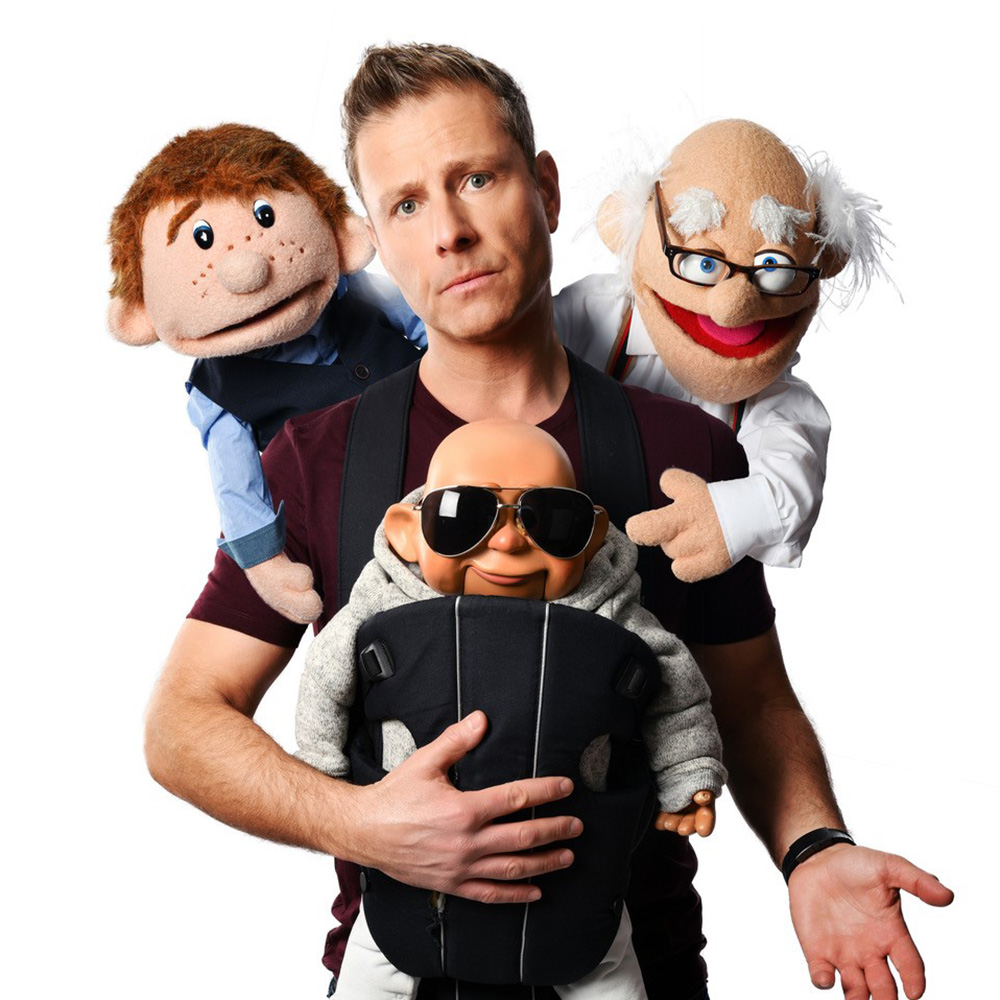 The last six years have seen Paul busy on both sides of the Atlantic since winning America’s Got Talent in 2015. The year 2016 saw Zerdin head to The Las Vegas Strip for a headline residency at Planet Hollywood Resort & Casino. In 2017 and 2018 Paul appear on spin-off shows America’s Got Talent - The Champions and Britain’s Got Talent - The Champions. Since then, Paul has toured the US and UK with his critically acclaimed All Mouth and Puppet Party shows.

Zerdin is arguably the UK’s number one ventriloquist and made his TV debut in 1993 as the host of GMTV’s Rise and Shine. He then went on to win ITV’s The Big Big Talent Show, hosted by Jonathan Ross. Since then he has appeared on countless TV shows including The World Stands Up (Comedy Central), The Stand Up Show BBC!, Just for Laughs Montreal Comedy Festival, Comedy Rocks with Jason Manford (ITV1), Tonight at The London Palladium with Bruce Forsyth and Bradley Walsh (ITV1), Michael McIntyre’s Big Christmas Show (BBC1) and three appearances at The Royal Variety Performance. Winning Series 10 of America’s Got Talent in September 2015, Zerdin and his sidekicks soon went viral on YouTube, receiving millions of views from around the world.

Paul has recently toured Paul Zerdin – Hands Free in the UK and is looking forward to taking it to the US in 2022.

Paul is a Gold Star Member of The Inner Magic Circle and lives with his sponge family in South-West London.